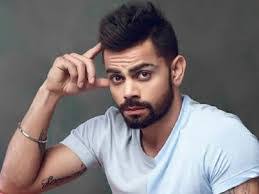 This week’s “Ask Steven” column on CricInfo had a question raised about Strike Rates. 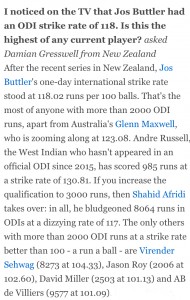 Looking at our own stats, to the end of the 2017 season 74 Stokers have scored more than 2000 runs for the Club…only three have a career Strike Rate of over 100.00: Read more 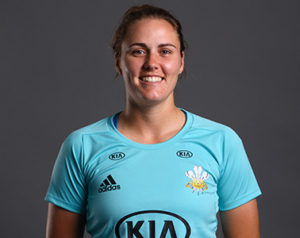 Congrats to Nat on being voted as the Surrey’s Woman Player of the Year at the end of season awards held this week.

Recently we published this article, (http://www.stokecc.co.uk/2016/12/23/centuries-making-up-a-large-percentage-of-the-total/), that created a lot of interest and web-site ‘hits’ so we’ve gone a bit further like we did after the initial “100+ for 0 then all out” article to make some comparisons with the professional game. Read more 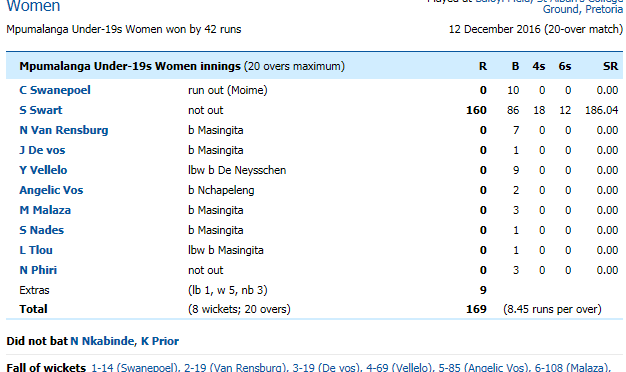 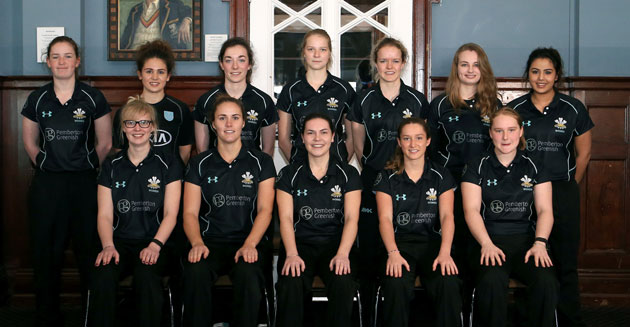 Lots of Stoke and Stoke Molesey Connections in the Surrey Women’s side last weekend; Nat, Alex, Sophie and Eva all playing. Here it the commentary from the Surrey CCC web-site. We have also found the scorecards on Play Cricket: Surrey Women endured a disappointing weekend, losing to both Warwickshire and Kent in their back to back Royal London One Day Cup matches. Sunday saw them host Warwickshire at their regular home base of Reed’s School in Cobham, with skipper Cecily Scutt losing the toss and being asked to bat first by her opposite number – but not before celebrating the debut of Rhianna Southby, a young Surrey player who has come up through the club’s youth development system. Once again the Surrey innings was led strongly by the in-form Kirstie White, (45), who struggled for support early on when Libby Walters, (9), Eva Gray (1) and Nat Sciver, (run out for 0), all came and went cheaply to leave the side in early trouble on 24-3. The lower middle order fared a little better though with Hannah Jones, (17), Bryony Smith, (20), and Alex Travers, (18), all making good starts before White was the sixth wicket to fall with the score on 128. Although Amy Jenkins, (11), provided some late impetus, Surrey’s last three wickets fell cheaply – with Jenkins last out in the 27th over, leaving Warwickshire 145 to chase for the win. Whilst Jenkins backed up her batting with the early wicket of Sian Jones, (1), the resulting chase was relatively straightforward for the visitors. Captain Marie Kelly, (33), and opener Minahil Zahoor, (28), led the way as they withstood a late clatter of wickets to Sciver to complete the win with nearly ten overs to spare. Scorecard : http://surreywomen.play-cricket.com/website/results/2613681 The following day saw Surrey make the short trip to Beckenham to take on a strong Kent outfit that boasted a number of England players – including recently deposed captain Charlotte Edwards – in their ranks. Again finding themselves batting first, Kirstie White, (31), and Libby Walters, (27), added 62 for the first wicket – but after that only Nat Sciver, (34), was able to reach double figures as Surrey struggled to build partnerships and ended in a similar position to the previous day, 142 all out after 45.4 overs. The Kent response was a controlled and clinical chase with opener Tammy Beaumont – soon to become a Surrey Star in the Kia Super League – leading the way with a quick fire 53 and her England colleague Lydia Greenway, (30), helping her put on 57 for the second wicket. Kent eventually crossed the finish line in the 35th over, despite some excellent bowling from Hannah Jones who led the Surrey figures with 4-31 from her nine overs. Scorecard : http://surreywomen.play-cricket.com/website/results/2613665 Surrey Women are next in action when they travel to Sussex on Sunday 12th June 2016. Stoke/Stoke Molesey Stats: Nat : http://sdacc.play-cricket.com/website/player_stats_widget/batting_stats/252289?rule_type_id=179 Alex : http://sdacc.play-cricket.com/website/player_stats_widget/batting_stats/1153787?rule_type_id=179 Sophie : http://sdacc.play-cricket.com/website/player_stats_widget/batting_stats/233369?rule_type_id=179 Eva : http://sdacc.play-cricket.com/website/player_stats_widget/batting_stats/1648502?rule_type_id=179

Anyone interested in taking up the game and following in the footsteps of the above, or anyone who simply want to play girls and womens cricket for fun, please contact Emma, (emmablaikie2@gmail.com), Andy B, (andy15berry@yahoo.co.uk), Pagie, (andrew.page@dhpuk.co.uk), or the Club e-mail, (stokecc@hotmail.com), and one of us will get back to you straight away. Read more

The Dorking & Leatherhead Advertiser cameras were at Stoke on August Bank Holiday Monday to capture pictures of the Sponsors’ Match.

The following report made it into the papers…

The paper are keen to hear of anything Stoke players do over the winter, or anything we do as a club, so please contact us via the site if you feel you have something newsworthy. Read more

East Herts Ladies 45 all out

Amy Page, (107), and Sophie Pout, (118 not out), both smashed centuries and shared a 3rd wicket stand of 202 as the Stoke ladies racked up 323 runs for the loss of just four wickets in their allotted 40 overs. Read more

At the weekend the Stoke Ladies won their second match of the season against Ashford by 109 runs. Claire Trafford hit an unbeaten 120 and Rosie McEwing led the bowling effort with 3 for 25.