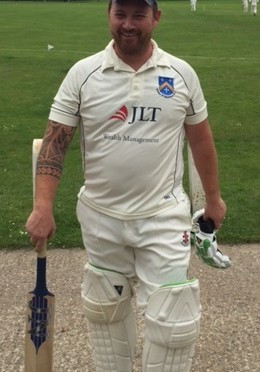 Stoke’s Sunday XI recorded an ultimately comfortable win over Wisley in a good spirited encounter at The Rec. Read more 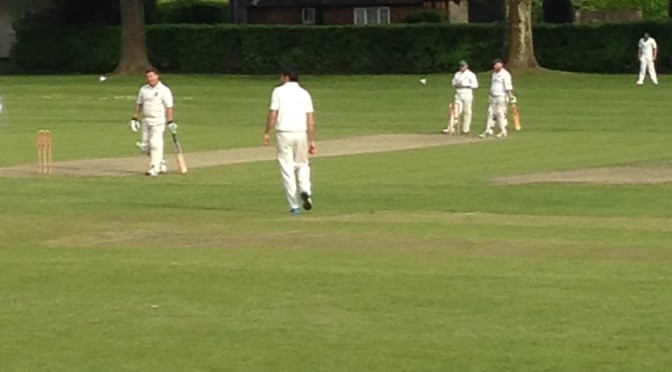 Sadly we said goodbye to Greg Routley in June who returned to his native Australia.

The king of the six-hitters in 2014, Greg managed a few more before playing his last game for us at Godalming in mid-June.

Greg was introduced to the club by another of Stoke’s sturdy oaks, Mike Carty, and they got a rare chance to bat together…in a 1st XI match at Churt in a week where exams and school speech days savaged or availability leading to more than half the team being made up of players who played more 2nd XI cricket than 1st XI cricket in 2015…yet we still won! Read more

For 2 weekends in a row this July I was unavailable for cricket due to friends getting married on consecutive Saturdays. I knew this well in advance so I decided to sign up to twitter in order to follow Stoke’s progress in my absence.

Stoke’s 2nd XI did well to dismiss Chertsey’s 2s on a hot day at the Rec, but were unable to chase down the target they set themselves and suffered a second defeat in as many weeks. Read more

A much-changed Stoke 1st XI missing a number of regular players registered their third victory in a row with a successful run chase at a picturesque Churt Cricket Ground. The game was a tremendous advert for Championship cricket as all results were possible going into the closing overs. Read more 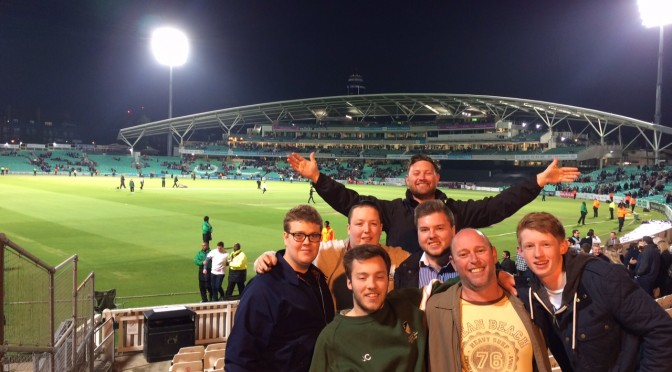 Friday 15th May saw a big Stoke representation at the Oval for the T20 match against Glamorgan.

A number of familiar faces made the trip to see 455 runs.

A few pictures are starting to appear on social media, here are a few of them, including a couple posted by former Stoke Secretary Andrew Hall who we found out later on was sitting in the enclosure next to us! If only we knew we could have had a pint and another chat about that famous win at Effingham : http://sdacc.play-cricket.com/website/results/2323075 Read more

Stoke’s 2nd XI won their opening League fixture at the Rec after making short work of an Oxshott side who were missing three players due to come down after playing their school match. In the end they never made it. Read more

It would always be a matter of debate to make such a statement, but had we gone into ‘league mode’ it was probable we would have won this game comfortably. Instead, our Sunday ethos of making sure everyone is involved in the game was a small price to pay in the overall scheme of things as we played out a close game on a terror pitch that the home side’s League XI were bowled out for 41 on the previous day. (http://thamesditton.play-cricket.com/website/results/2555787) Read more

Stoke’s 2nd XI, patched up in places due to the demands of the 1st XI and the odd pre-League holiday, put in a credible performance in Merton. Read more 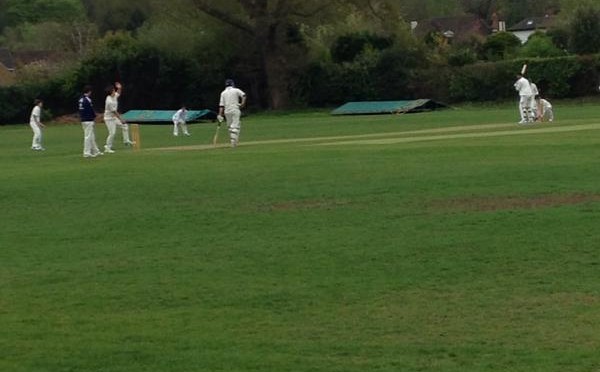 A chilly day in Oxshott saw Stoke’s Sunday XI make a good start, have a wobble in the middle, recover to post a decent score but then see it chased down with relative ease. Home skipper Harper, returning to the club after a spell in the Premiership with Leatherhead, served notice to Stoke that he will be one to get cheaply in the League match in two weeks’ time with a chanceless century. Read more