Please read the attached Newsletter from Drew, save the dates mentioned and help where help is needed!

The full transcript is here:

2020 is a particularly special year for our club, marking our 150th anniversary. On the playing field, the club is in excellent health. Last season, the first eleven achieved a fourth successive promotion, reaching the giddy heights of Division One in the Surrey Championship. Our colts section also had much to celebrate across the various age groups, with a good number of juniors playing representative cricket at county level. Read more 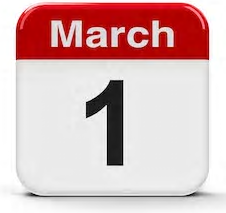 Senior Nets are starting on Sunday 1st March 2020 and will run weekly through to the start of the season in mid-April.

We have a new venue and time slot for this year:

You don’t need to do the full two hours, but if you’re coming late or need to leave early, please let us know in advance so we can work out batting and bowling orders. Read more 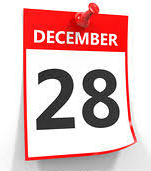 A Merry Christmas to our members, supporters and sponsors!
On Saturday 28th December 2019 we will open the Clubhouse from 7pm for an important event…
CLEAR THE BEER!
We have unopened barrels to sell off at knockdown prices – miles cheaper than any pub you might choose to visit instead so plan accordingly!
Price reductions will also apply to bottled ale, cider and wine by the glass/bottle.
It all has to go before we re-stock for the 2020 season!
Members are welcome to bring guests to help!
This event is always well supported so we hope to see you continue the tradition and catch up with everyone connected with the Club over the festive period. Read more

The Annual General Meeting will take place on Sunday 7th April 2019, commencing at 2pm at the Clubhouse.

All playing and social members are expected to attend. I look forward to seeing you.

After recent successes with this event, we have another “Clear the Beer” on Friday 28th December 2018.

Asahi, Oranjeboom, bottled lagers/bitters/ciders, wine and soft drinks will be on sale at discounted prices.

The Clubhouse will be open from 7pm/7.30pm on the night.

See you all there!

We will be holding the Colts’ Awards evening this Friday, 7th September. The Club will be open from 6pm onwards.

The BBQ and bar will be in full flow with car parking on the outfield. Age-group prizes will be handed out along with the prestigious Derek Wellman Cup.

The Club will also be open from 6pm on Wednesday for anyone who wants a hit ahead of this weekend’s senior cricket. As always the bar will be open afterwards. A couple of pairs of hands to help with a bit of tidying up from the weekend/sort the sightscreens would be massively appreciated.

Hope to see you for either/both of these events…

Senior Nets(*) are starting on Sunday 25th February 2018 and will run through to Sunday 8th April 2018, although note a couple of weeks off below. (We will then make a decision on whether to net or play a match on the 15th April when we know availability and weather.)

* These nets are also provided for younger players within the colts section and the Academy who we expect to play in the Development Trust League, (we are now playing at Under 18 level rather than Under 21 – see web-site), and the new Under 17 30:30 League. Members of the Over 40s squad are also more than welcome to come along in addition to the weekly sessions with Kevin and Tim.

No session on the 1st April (Easter) ** Read more 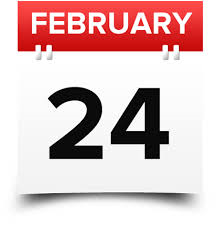 As most of you will know, Peter Andrew has kindly agreed to host a quiz night at the club on Saturday 24th February 2017.

We will open the bar at 7.00pm and start the quiz at 7.30pm. There will be an interval at approximately 8.45pm for fish and chips, followed by the second half that will run until approximately 10.15pm.

For those of you who haven’t done this before, it’s a lot of fun. We require teams of 4-6 people and the maximum capacity for the evening. Jo and I will form a team/table of 6 and I suggest that some or all of you do the same thing.

Jo has kindly agreed to co-ordinate the responses, plan the tables, book the fish and chips etc, so would you please let her know if you’re coming as as a team or happy to join/form one on the night. If you don’t have Jo’s details, e-mail stokecc@hotmail.com

A quiz night generates much needed funds for the club, so it’s well worth the effort and it’s a good social occasion.

I hope you have enjoyed a good summer break with your family. A short note with some important news about our Club.

President
Philip Jansen has decided to step down as President of our Club, having held the post for three years. He’s been a great help to me and has been a generous donor when we were raising funds to extend our clubhouse.

I am delighted to confirm that Stephen Finch will replace Philip as Club President. Many of you will already know him as a Sunday regular. He joined our Club in 1976 as a 1st XI player, became Club Captain in 1983 and moved into Sunday cricket when his knees and eyes started to lose their edge!

He has thus far amassed 5705 runs, 515 wickets and 176 catches in his 41 year career with Stoke. For several years he was Sunday Captain and he has helped many young players make the transition into adult cricket. Most important of all, Stephen is passionate about our Club and was one of several founder donors when we raised £250k to extend the Clubhouse. I’m looking forward to working with him.

Senior Cricket
We’ve enjoyed another outstanding season in the Surrey Championship. The final league matches will be played on Saturday and I’m delighted to announce our 1st XI has already secured promotion to Division 3. Our 2nd XI will follow suit if they win on Saturday.

Special credit to the 23 players who have turned out for the 1s during the first seventeen weeks, and to all the players in both teams putting the team requirements before their own preferences. James Trower has led the 1s to back-to-back promotions in 2016 and 2017. James is one of many to have progressed through our system into senior cricket, and I’m proud to say that 7 or 8 former colts have played in every 1st XI match this season. Jase Earl has been outstanding with the 2nd XI and has introduced several talented youngsters into senior cricket.

Colts Awards
Kevin Morgan has e-mailed to confirm that the Colts Awards date had moved from Friday 8th September 2017 to Sunday 3rd September 2017. The start time will be 4.30pm. There will be a BBQ, a few field games and the bar will be open.