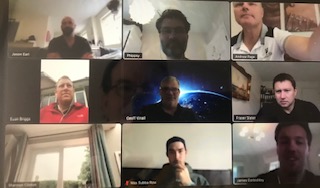 Today’s AGM had a very different feel about it as we all dialled in via Zoom to make sure we held a meeting in time to keep our licence to sell beer! Of course we had some cricket stuff to do, but for many it was the first chance to see a few friendly faces for a while.

Most of the roles and responsibilities from 2019 remain unchanged; the full list appears on our Play Cricket site and the 2020 Committee is below. All the Vice Presidents due for re-election were given another five year term, and there was one addition to the group, Rod Thomson joining the list of VPs. Congrats to him.

Sadly we’ll be canning many of the events we had planned for the 150th year celebrations; but what a 151st year it is going to be!

In his Treasurer’s report Rod reported that having faced the prospect of a real strain on finances at the scheduled start of the season given world events, things aren’t too bad, due in the main to the generosity of members answering the call to consider paying a sub despite the prospect of having a reduced season or possibly no cricket at all.

The Government announcement now gives us a way forward to start meeting up in person, playing some games and generating a bit of revenue. We will make some plans for next weekend and beyond in the next few days, then publish them here and on our Twitter page @StokeDabernonCC

A real help would be further donations to help service the loan that we took out to extend the Clubhouse; and to get cracking on the next phase of the development. Whatever amount you can spare will help.

One thing that doesn’t require a financial commitment from you and generates the Club FREE MONEY is the EasyFundRaising tool. Details of what to do appear elsewhere on this site, but if you have not already done so, members/members of their family are strongly encouraged to register.

We have recently gone through the £1000 mark for donations generated. A fantastic effort from those signed up so far and who have/will share the link.

Copies of the minutes from this meeting will be available soon when typed up, and anyone wishing to see those and/or a copy of the accounts can e-mail stokecc@hotmail.com to request them.

Hope to see you all in person at the ground for a net and/or beer and some matches when they are arranged. 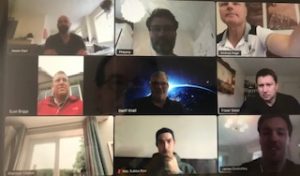 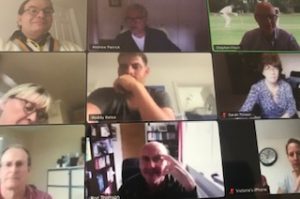