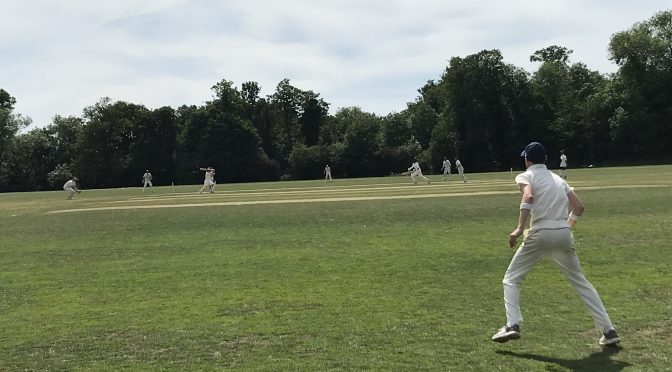 Stoke’s 2nd XI lost an important toss and were committed to 50 overs’ hard labour at Cheam on a hot afternoon.

The winning post ultimately proved too far away after tea despite Roddy Kelso, (62), and Dan Gluckman, (31), setting things up after the loss of two early wickets. After that no other batsmen made it past 15 and Cheam only conceded half the extras Stoke did in completing a 67 run win.

Next week’s home game against Ripley is already looking like a must win.