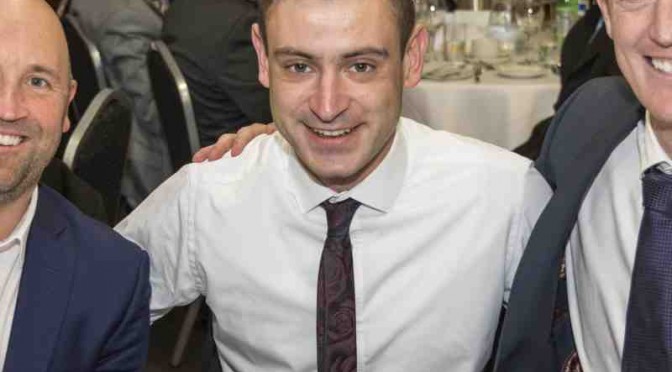 A first defeat of the season for Stoke’s 1st XI in a high quality match at picturesque Chipstead; James Trower’s men making light of the absence of a few key personnel, notably both opening bowlers; those coming into the side doing a great job.

Fielding first on winning the toss; Will Frost and Shawn Dyson stepped up to new ball duties and restricted the runs in the opening exchanges. Wickets were hard to come by on a good pitch as Woods and Lister added 75 by the end of the 18th over before the latter was well caught for 34 by Ian Hopton to give Tom Dennis his first 1st XI Surrey Championship wicket.

Jase Earl gave good support from the other end in an eight over spell; but the second wicket didn’t fall until after drinks when Hopton pressurised S.Chamberlen into a rash charge down the wicket to give Tom Frost one of the more easiest of his 53 career stumpings. A vociferous appeal for a slip chance aside, Woods played well for his 72, but comment from the home scorer that his conversion rate hasn’t been great recently rang true when he was unable to clear Max Subba Row at mid-off to give Hopton his second.

135 for 3 to this point; Randhawa and Foakes did a good re-building job, running well and adding 46 at around five per over. Just as the partnership was looking threatening Dyson returned to the attack and snicked off Randhawa for 18; but Armstrong played positively to take the total past 200. The Stoke bowlers stuck to their task, though. After Hopton, (10-0-44-2), and Frost, (10-2-38-0), completed their allocations; Dyson, (10-2-46-2), castled Foakes for 43.

Armstrong’s innings ended on 41 when Tom Frost moved well from his post to thrown the stumps down at the bowler’s end in the final over. A more straightforward run out chance went begging moments later – a rare blemish in an otherwise competent fielding display on a warmer than anticipated afternoon – and the home side closed on 253 for 6.

A longer than expected break due to logistical issues with the tea meant Stoke were energised for their reply. Subba Row smacked the first ball of the chase for four; and stroked three others as he and Trower plundered 30 at a run-a-ball for the first wicket before Subba Row was bowled by acting captain Bradley for 18

Bradley added two more to his count as the sides traded runs for wickets in a frantic opening nine overs. Tom Frost was leg-before attempting a clip to leg; and Trower was caught behind for 31 from 29 to make it 57 for 3 after just nine overs.

Dyson and Alastair Curran had time to get themselves in and steadily built a partnership. Curran punished anything loose and Dyson was happy to play patiently but for an enormous straight six; and Stoke were well placed at 112 for 3 in the 21st over.

The mood changed when a quick double strike by S.Chamberlain who removed both in identical circumstances, (slip catches by Randhawa), for 19 and 32 respectively meant the lower middle order had to steady the ship. Roddy Kelso had a short stay, but Hopton and Jack Raimondo – in his first appearance of the season and his first 1st XI match since July 2017 – kept Stoke on track with a partnership of 68.

Looking for a fifth/sixth bowler combination in the absence of their injured captain, Woods had a rare chance and whilst he leaked a few runs; he found one to grip and Hopton walked for a catch at the wicket for 26.

With so little cricket behind him Raimondo drew on all his experience to take the game deep; glimpses of the old magic still there as one straight drive bounced back sightscreen. He found good support from Earl as the total moved to 212 with seven overs to go; but a potentially decisive and outstanding one handed grab low down to dismiss Earl for 11 by Woods off H.Chamberlain kept the hosts just about in front.

Dennis was caught by the same fielder unselfishly trying to win the game for his team, leaving last pair Raimondo and Will Frost the task of scoring 39 more off the last 31 balls. They got part of the way there, Raimondo passing a well-constructed half-century along the way, but the need to take more chances saw the match ended in fortuitous circumstances when Frost Jnr turned for a second run, was beaten by a throw to the bowler who fumbled the ball but it rebounded on to the stumps, breaking the wicket before the hands then followed through.

A 22 run defeat was the final outcome, but once again the Stokers should have nothing to fear of the challenges that this new division is presenting. Some more familiar names should appear in the line-up next week as Stoke host fellow promotees Old Rutlishians at The Rec.