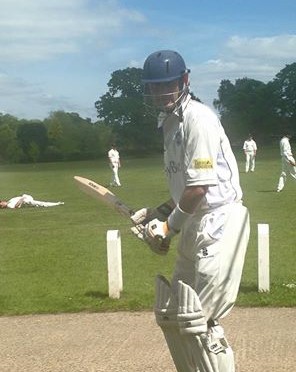 Sometimes you need a bit of luck, and it just wasn’t the 2s’ day as they were left to bemoan a crucial lost toss, an untimely mid-innings rain break and then better weather for the opposition.

The batting strike rates tell the story of this one as Stoke toughed it out for as long as possible in extremely testing conditions, skipper Peter Phipps facing the not unrealistic possibility of carrying his bat until he was eighth out for the highest inning score other than extras.

The other side of the ball was a different story as Stoke’s bowlers made the opposition work very hard for their points despite improved conditions and the outfield now giving value for shots.

Despite the result Stoke will hope to take the momentum from the second innings into their trip to Addiscombe next weekend where, hopefully, some returning players will also add a little more depth to the selection pool.