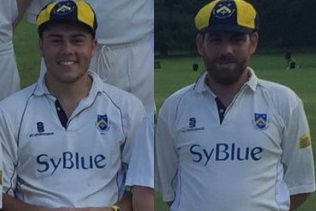 This one went to form as top defeated bottom, but once again Stoke did good things in this match.

Fielding first, Duncan Elder, (who returned a season’s best 10-1-39-3), took three early wickets and was given excellent support by Patrick O’Neill who bowled his ten over allocation through for the concession of just 31 runs.

Leatherhead’s innings was given substance by the Joblins; MJ making 41 and AJ 50 before being bowled by Dan Gluckman and Roddy Kelso respectively. Gluckman, (10-1-34-2 on his long awaited return to action), later dismissed home skipper Baker for 42. The other bowlers did their best but Ralton hit an unbeaten 62 in the closing overs to lift the total to 243 for 6.

Hamza Hafeez and Andy Berry were early departures after tea, but Stoke’s chase went well for a long time thereafter; Will Thomson, (48), and Roddy Kelso, (67), added 120 to keep Stoke on track.

The game was set up nicely but their departures left Stoke looking for lower order runs to finish the job. Sadly, and unusually this year, this has been a rarity, and only Alex Clinton, (17), and Rod Thomson, (11), made double figures as Stoke were dismissed for 188 after 43 overs to secure the wooden spoon.

Next weekend Stoke’s 2s end their season at home to Camberley who themselves have nothing to play for either.