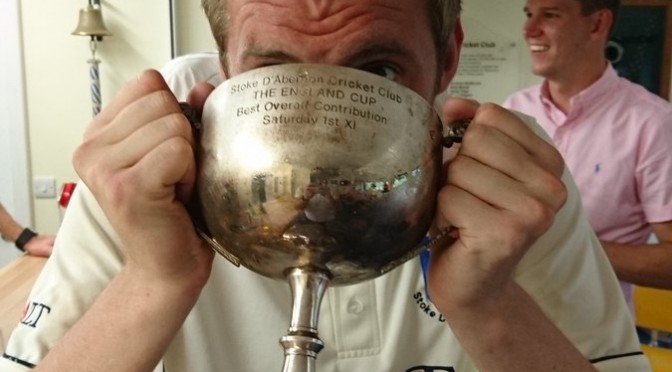 Another “My Greatest XI “ has dropped into the Club in-box, this one courtesy of Toby Tarrant who writes…

Here you go guys, I’m sat by the pool in Verona compiling this. The things I do for this Club…

Ian Hopton
“Hoppy” has to be one of the first names on the teamsheet. Mr.Reliable in many ways, I can’t think of a game where he hasn’t contributed with either the ball, the bat or in the field. I’ll put him at the top of the order because the rest of this line-up likes to have a slog and we need someone to at least try and stick around. Plus we need him to lead the warm up and roll the wicket.

James Trower
More likely to be found in a kebab house than on the honours board but JT’s record is undeniable. Skippering Stoke to two promotions in two years. Hasn’t scored the volume of runs he would have liked in that time, often looking good for 20 or 30…but that’s 20 or 30 more than all the other openers I’ve played with. I’m not going to make him captain because it would be nice for this side to win the toss once in a while.

Will Gudgeon
One of the easiest selections on this list. On his day the most destructive batsman in any league who will win you two or three games a season single-handedly. He is also a very safe pair of hands in the slips and always keen to go in at short leg. I prefer him batting around 5-6 but I’ll put him at 3 because I really can’t be bothered to listen to his whining. Also, he brings Shireen along and she plays a crucial role in making sure Jo Patrick isn’t the only one who’s had far too much gin.

James Whitmarsh
Thankfully a much better batsman than he is a fashionista. “Whitty” is one of the first names I look for when the team gets sent round every week and I always think we are in with a chance in a run chase if he’s still at the crease. He sometimes goes for Oranjeboom over Asahi which is unforgivable but he scores enough runs to get in the side nonetheless.

Shawn Dyson
I have only played one full season with “Bomber” but he was top run-scorer and top wicket taker…you can’t really ask for much more than that from your Overseas. Loves the club nearly as much as he loves Ed Sheeran.

Tom Frost
Easy choice as wicket-keeper, he has taken countless edges off my bowling over the years and helped my average out. Plus I’ve never seen anyone play so little yet always look in decent touch with the bat. Thankfully we never bat together as he runs far too many singles. He also brings Amy along occasionally and this Club needs all the eye candy it can get.

Jase Earl
Jase is the sort of character you want in your team. He is calm under pressure, he can bowl, bat and field and he hates losing more than anyone else at the Club, (you’d think he’d be used to it by now.) Of course he would probably refuse to play for this team so he can go and be Roy of the Rovers in the 2s instead.

Andy Page (Captain)
Has to skipper this side. It’s a team full of huge characters and without him keeping them in check I think it would be kicked out of all the leagues in the UK. I owe Pagie a lot after he gave me my debut in the 1st XI a long time ago. A very selfless player who only bats and bowls where the team needs him to. Plus he always gets a jug in.

James Miller
Simply, the best bowler I have ever played with and we wouldn’t have got promoted without him. No matter what total we were defending we always knew we had a chance because we had Miller. I was fortunate enough to share the new ball with him and I would steal wickets at the other end because he had terrified the batsman the over before. Didn’t stop me constantly pointing out that my average was better than his.

Will Frost
It doesn’t matter what standard the batsman is, they always find Willo horrible to face and I’ve seen him keep some of the best batsman in Surrey under wraps for very long periods of time. He’s also crucial for all the nonsense he talks in the field and for the beers in the clubhouse after the game. Sadly, I still can’t get him up the order higher than 10. More Jimmy Anderson than Brian Lara.

Adrian Mills
My original opening partner. When the conditions really suit him “Po” is absolutely unplayable. I’ve lost count of the number of times I’ve seen a batsman think they can dominate him and then end up looking very silly. Plus even when the conditions are prime for batting you know he’s going to bowl his overs for not many. Also this dressing room needs someone with a decent taste in music.

That’s my XI. Plenty of players I was tempted to put in, purely for the night out after, (Raimondo, Handel, Bond, etc), but these are the players who I have seen perform for us the most over the years.

Here’s to many more! 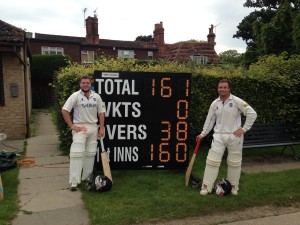 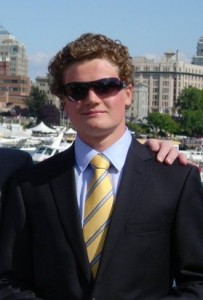 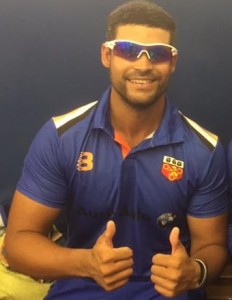 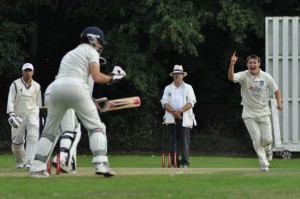 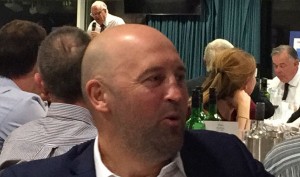 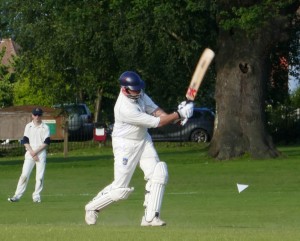 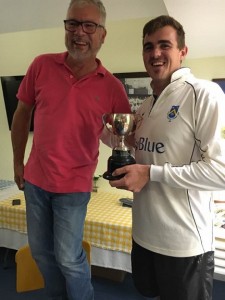 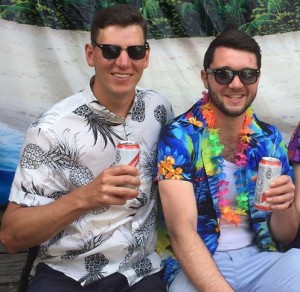 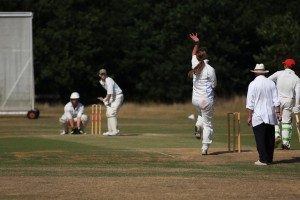 If you want to offer some comment on Toby’s selection, e-mail stokecc@hotmail.com and we’ll pass them on.

Use the same e-mail address to send in your greatest Stoke XI or World XI.

Click here for other people to have sent theirs in, plus we have found people from the professional game to have selected theirs too : http://www.stokecc.co.uk/my-greatest-xi/