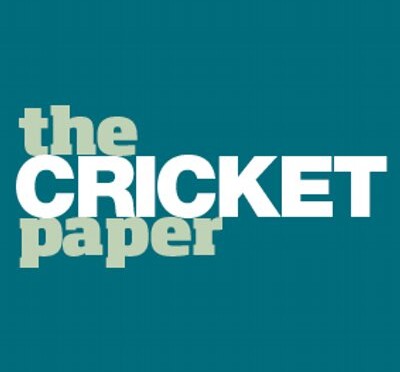 Treat yourself and/or your family & friends to a weekly copy of The Cricket Paper and earn Stoke funds.

The Cricket Paper is the UK’s only all cricketing weekly newspaper covering matches from around the world, from elite level to local domestic cricket, with articles from leading voices in the industry.

Read the latest from the cricket world as well as the usual features, news, exclusives and much, much more.

It is an excellent publication and members are encouraged to subscribe via this link:

The above link is unique to Stoke and orders placed clicking here generates the club a commission.

• Rock bottom in New Zealand – England’s Test batsmen collapse hoping to restore pride after the Ashes.
• Stuart Broad joins the 400 Club, but Derek Pringle wonders whether selectors were right to hold him back to play only in Tests.
• Peter Hayter says farewell to Kevin Pietersen after the former England batsman called an end to his 20-year career late last week.
• Alison Mitchell addresses the rule changes enforced by the ECB earlier this week, including extensive treatment around head injuries.
• New Gloucester first-class and List A captain Chris Dent says he will draw inspiration from Mark Alleyne for this year’s campaign.
• Planet Cricket : Scotland show they are just one example of why the ICC’s logic surrounding the World Cup is backwards.
• Isabelle Westbury writes why Ireland are treading the same path as New Zealand once did.
• Paul Nixon column : “Collapses like England’s happen in Test cricket, it’s not time to panic.”
• Feature : New Essex head coach Anthony McGrath talks how winter recruitment plans are matching up with ambitions to retain their County Championship title.

A model blueprint – Why the rest of cricket may soon follow New Zealand’s lead.
John Emburey column : “Let’s do county spinners a good turn. “ – Emburey says wickets in England are too flat to encourage spinners