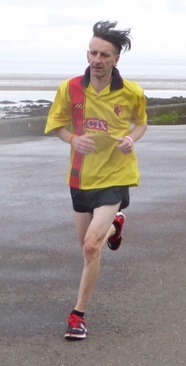 Further to our last post, (http://www.stokecc.co.uk/2017/08/17/paul-negri-makes-contact-with-stoke/), Paul Negri has been touch again with a few comments and queries:

“Hi again! I was browsing the site and came upon a statistical curiosity you might include in the ‘carried bat’ section. In a match v Merstham in 1982 I faced the 2nd ball of the innings after we lost a wicket to the first ball, and then batted the whole innings for 40 not out as we were all out for 66! An achievement at least, and a high percentage of the total runs for a completed innings.”

Here is the card for the match Paul is referring to : http://sdacc.play-cricket.com/website/results/238109

SDCC replied, initially going a bit technical as Paul is not deemed to have carried his bat in the above example, but we mentioned to him that current, albeit occasional these days Stoker Andy Ivory played in the Merstham match. Whenever Stoke were bowled out for not many “Ivors” was always keen to recall a game where we were 27 all out and he says he got 17 of them, which would be a higher percentage than Paul’s. A look at the card challenges Ivors’ memory – he ‘only’ made 15: http://sdacc.play-cricket.com/website/results/1607084 – so Paul has beaten him.

However, as a percentage of the total, Paul’s 60.61% is, incredibly, not that high. Followers of our site will have seen that we had a look at results involving Stokers who have made a century after a South African woman scored a century in a T20 match and every other player scored 0!

We came up with this article which is in our Stats/Features section : http://www.stokecc.co.uk/2016/12/23/centuries-making-up-a-large-percentage-of-the-total/ – amazing just how much of a team’s total a Stoker could score given/taking a/the chance, and there are probably non-centuries that beat those percentages too!

“…I might have known the sea of statistics would wash over my achievement! I remember a few other odd things about the match though. I also, for the only time in my career, opened the bowling with an attempt at left-arm fast medium, (1 for 32, Andy Ivory taking the catch behind the timbers.) I usually bowled left arm spin, orthodox and chinamen of dubious accuracy. I would usually open the batting for the 2nds, but put myself at number 3 to avoid seeming too egotistical. The last man was run out when he failed to respond to my call as I was trying to farm the strike.

I will be back in touch if I can think of any anecdotes that would be interesting to the current generation, but meantime one thing I can mention to you regarding the Sunbury Village match from 1979 I originally got in touch with you about.”

“I remembered the game particularly because at the time I was enamoured of a girl from Sunbury I was at school with who emigrated to Spain after sixth form in 1976. Recently she returned to England having divorced her Spanish husband and is married again and living in Inverness. (I’m in Edinburgh.) She still has all my letters still from 40 years ago!

Anyway, to get to the point, she has a letter where I talk, (boast?), about the Sunbury match, and there are a couple of minor details you can fill in. First, my innings of 60 contained 8 fours and a six.” {Fixed} “Also, although the newspaper appeared to have missed it out due to the fact I wasn’t an actual wicket-taker, I did bowl one over, a maiden, which I remember because Alan Wiseman put me on to bowl when they were 9 wickets down and Clive Baker had his 5 wicket haul – I achieved an analysis of 1-1-0-0, then Simon Taylor took the last wicket and the match was over.

More pertinently it enabled me to make a terrible pun in my letter to this girl all those years ago – I told her, (prepare to groan), at least I’d bowled one maiden over in Sunbury! It will certainly make us smile to see these details updated on my player record, though I concede the story is unlikely to be of wider interest!

Speak again, and have a great Xmas!

Well, let’s see how interested people are and see how many hits this one gets.

Again, if anyone wants to make contact with Paul, e-mail stokecc@hotmail.com and we’ll put you in touch with him.