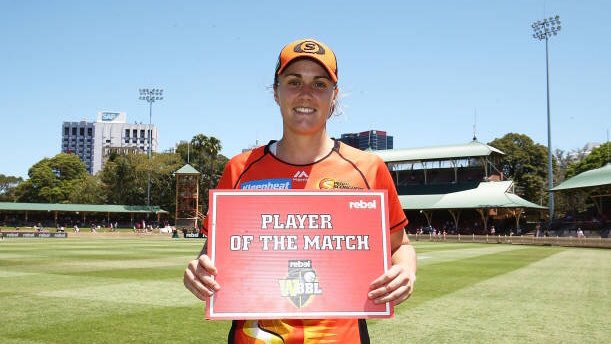 Overnight Nat made a sensational start in the Women’s Big Bash League. 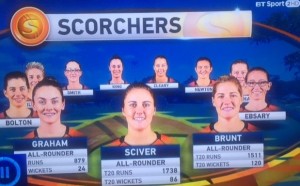 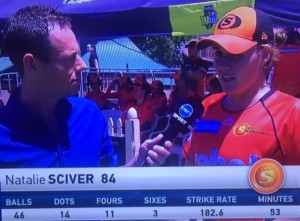 Nat backed up her batting effort with a run-out off her own bowling and she also took two catches. Her bowling figures were ruined by a dropped catch on the circle and some dreadful fielding efforts on the boundary, but this was not enough to prevent her collecting the Player of the Match Award. 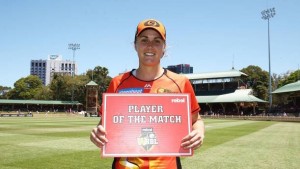 Elsewhere around the world, we reported on Hoppy & Shawn’s first day last weekend. Unbeknown to us they actually played the second day last Sunday; Hoppy returning figures in the second innings of 21.2-9-34-4, but the damage of a first innings deficit on Day 1 was not enough to prevent a defeat. 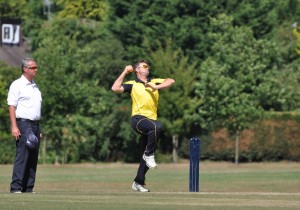 This weekend Western Province are facing a weak opposition so Hoppy, Shawn and a few of the first choice 1s players are having the weekend off.

In the Caribbean, Anthony is playing the second of back to back First Class matches for Barbados. In the first he top-scored in the 2nd innings, but a Guyana side containing the Chanderpauls ended up winning pretty comfortably.

The match was covered on West Indies TV and our Twitter followers were able to follow live via a web-link. 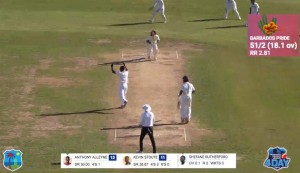 In the latest round currently in progress, Anthony got starts in both innings. Barbados are ahead going into the last day which you can follow later here…