The full list of 81 Stokers with a century to their name, (the eighteen players who played in 2017 are highlighted), and their career averages can be viewed here : Career Averages for All Stoke Centurions to the end of the 2017 season 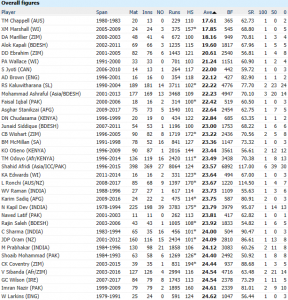 The best way to compare both lists is to click on the ODI image so it enlarges, then open the Stoke list in a new tab and tile the windows.

So Cyril Viney has the ‘honour’ of having the lowest career average of any Stoke centurion, averaging 12.34 despite a top score of 102 not out against Oxshott in 1957; but hey, he’s on the 100s board – over 1500 other people have played for Stoke but have yet to make it on there and the above spreadsheet.

The lowest International ODI average, (Trevor Chappell’s 17.61), beats Cyril and seven other Stokers; but at the other end of the table 43 Stokers can boast a better career batting average than the highest on the ODI list, 24.62 by England’s Wayne Larkins.

Surprisingly Larkins is one of only two Englishmen on the ODI list, that includes a few stellar names you wouldn’t expect to be on there; Shahid Afridi, Kapil Dev, Shoaib Mohammed, (Test average 44!), and Sri Lankan World Cup winner Romesh Kaluwitharana – anyone up for a game of Pointless?

The other Englishman is a familiar face to Stoke and Surrey. Ali Brown is quite high on the ODI list, but we guess this stat was pretty low on the things he might have thought of including in his material when he spoke at our Double Promotion Celebration at The Oval 2008… 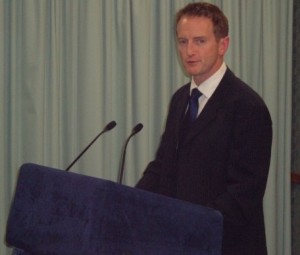 …before handing out the End of Season awards that year…to a number of people who feature in the spreadsheet in this article who don’t look to have aged at all! 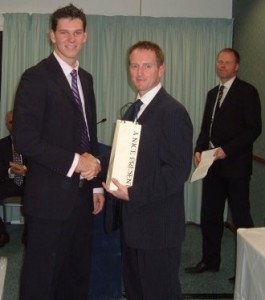 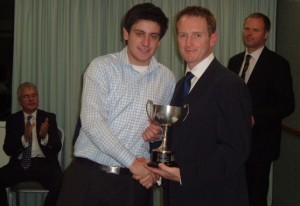 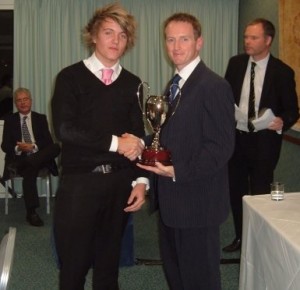 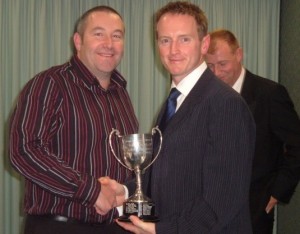 Hmm, Double Promotion Celebrations. We’re good at those! Anyone up for organising a catch-up in the next few weeks?