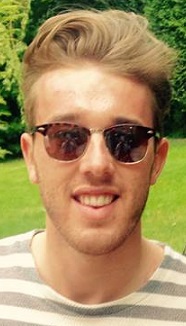 Numbers, (just), were available for a Sunday fixture this weekend and the Battersea Eagles were the successful club selected from those who replied to our advert, and they also kindly supplied us with an 11th player. (More on him later.)

Stoke batted first having lost the toss. The visitors’ bowling was better than last year and initially Kane Fullalove, looking for some time in the middle, and Thomas Dennis were made to work hard for their runs. Dennis was the first to depart after scooping a wide delivery to the keeper, the ball after he changed his cracked bat for a new one.

After the hardness of the new ball wore off Fullalove and Chris Finch batted well against the change bowlers. Both benefited from a few missed chances and Stoke were handily placed at the drinks break on 87 for 1, Fullalove having hit 55 of them to record a maiden half-century for the Club.

Finch Jnr crashed a contender for shot of the day over extra cover for four en route to making 21 before he holed out at cow. The batsmen crossed and the very next ball Fullalove was sent on his way leg-before for 60. 99 for 3.

After this, Stoke lost their way a little and could only manage 65 runs from the last 17 overs; although in his first appearance of the season, Rick Mustill made 39 not out, including a three that nearly resulted in a call for oxygen. Stephen Finch hit a trademark straight six; Alex Thomson and Moumer Khara each hit a nice four and the innings closed on 164 for 6.

After a tea put on by multiple members of the Patrick family, Stoke took the field with a below par score to defend on a good pitch prepared by Hoppy.

The visitors were in no mood to hang around and teed off from, literally, the very first ball. Richie Parrett was on the end of an assault by Suraj Rathi; but he kept his discipline and eventually castled his man for 17. New ball partner Khara tied things down and got his reward when Bhupi hit to Fullalove at mid-off.

Parrett took his second wicket and Stoke’s third when No.4 Hamza smoked one to cow corner where out of nowhere the player supplied by the visitors, Campbell Lloyd-Barnes, took an astonishing running catch; and when first change Thomas Dennis castled No.3 Usman with a peach the game was well advanced. Dennis was full value for his excellent figures of 5-0-11-1 given the pyrotechnics; slowing things down to provide much needed control. Parrett bowled his eight over allocation in one spell and took, (we think), less than the 2 for 33 recorded against his name in the book.

The visitors needed a partnership and got one. Neupane was the only batsman willing to bat time whilst others continued to pretty much slog everything from the other end.

The next few overs saw the sides trade runs for wickets and there were several missed chances. Hettiarachchi had got to 19 before being run out by a direct hit from Fullalove; but visiting skipper Harris joined Neupane and another partnership saw the visitors edge nearer their target. Lloyd-Barnes and Rod Thomson bowled well without luck, the latter seeing a flat six go through the fielder’s hands on the line and a difficult return catch didn’t stick; and after a couple more missed chances, (to be fair neither side could take much pride from their fielding efforts), Stoke finally found their catching hands when Chris Finch and Lloyd-Barnes each held good ones in the deep to give Ralph Coleman a couple more to his career count.

Encouraged by a vociferous, albeit unharmonic and definitely unmelodic home support of Raimondo, Frost and Tarrant; Stoke put everything in in the field and nearly got the job done. Khara, (6-2-20-2), returned and dismissed Neupane for 45 first ball back, and with six runs needed Fullalove had Nos 9, 10 and 11 in his sights at the other end.

However out of nowhere No.10 Kularatne smashed the first ball of the 38th over into the sightscreen, and when the next ball spat out of the footholes for four, wrong-footing Mustill who kindly agreed to give the keeping duties a go, the match was over.

So a two-wicket defeat for Stoke but much fun was had by all and the visitors stopped back quite a while afterwards; Lloyd-Barnes and Parrett in particular finding that they had much in common, both in their choice of football team and personality.

Thanks to Kevin Dennis for a couple of lengthy umpiring stints, and to those who helped with the admin tasks to make this game happen.

Next week, Stoke host the Badgers at The Rec.