Yesterday Anthony became the second Stoker to face the full England side when he was selected for the UWI Vice Chancellor’s XI in the first warm up match.

Things didn’t go as well as he might have hoped; (video highlights here : https://www.ecb.co.uk/tv/338483), batting tips from Nudgie who caught up with him last week… 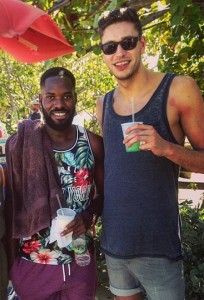 …were clearly rubbish, (or was Nudgie doing a bit of work for the ECB?), but good signs that he is in the thoughts of the WICB despite losing his place in the Barbados team for the last couple of rounds of the domestic 50-Over tournament.