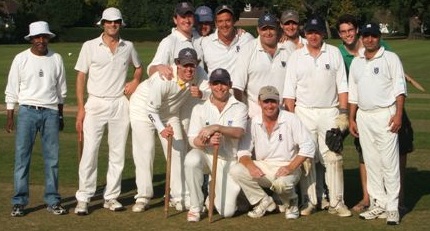 With Pagie reminiscing about the 1st XI’s promotion day out at Sanderstead in 2008, (http://www.stokecc.co.uk/2017/02/04/my-greatest-xi-andy-page/), the same day the 2nd XI crushed Lingfield to secure the Championship of the 2nd XI competition. Five of Richie P’s greatest XI, (http://www.stokecc.co.uk/2016/12/11/stoke-dabernon-advent-calendar-2016-11/), were in the side that day, and a few were out with Logie last week. Here is the team… 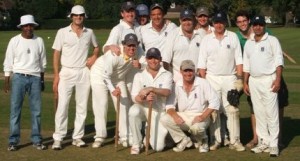 …the scorecard from that match : http://sdacc.play-cricket.com/website/results/1036078

Stoke 2s won the Championship of the 2nd XI competition with a 194 run victory over Lingfield.

Keith Watson and Alistair McMillan opened the innings and made a positive start scoring at 4 per over. They took the score to 49-0 before McMillan was hit on the thumb by opening bowler Driscoll and forced to retire hurt. Graham Tufts joined Watson, but was bowled for 1 by Driscoll.

Watson was joined by Simon Engelen and the pair put on a significant partnership that upped the scoring rate to 5 per over and set the tone for the rest of the Stoke innings. Watson’s half century came in 63 balls as he regularly found the boundary. With the score on 142-1, Watson was well caught at long on by Fitzpatrick off the bowling of Henderson. His 80 included 13 fours and equalled the highest score of the season in the second XI.

After Henderson also claimed the wicket of Alex Chamberlen, Malcolm Dickson came to the crease. His partnership with Engelen was characterised by good running between the wickets. They put pressure on the visiting fielders and stole singles wherever possible. Engelen reached his 50 from 46 balls and looked to push on from there.

Dickson’s innings came to an end on 35 from 33 balls when Driscoll came back for his second spell. He was caught at cover by a diving Dupont. Driscoll was to finish with commendable figures of 3-40 from 10 overs.

Matt Gottschalk came in and offered terrific support to Engelen until he was caught at the wicket by Bushell to give Driscoll his 3rd wicket. In the next over Engelen was caught and bowled by skipper Daw for 78, prompting the declaration at 246-6. Engelen’s innings included 8 fours and 1 six.

Full of confidence due to an imposing total, Stoke skipper Dickson decided to take the old ball. This proved effective immediately as Gary Harkett took 2 wickets in his first over, a catch in Richie Parrett’s 2nd over and 2 more wickets in his 3rd, the second of which was a “surprising” slip catch taken by Adrian Mills. Lingfield were devastated by his spell and left at 8-5 after 5 overs.

Gary Harkett confirmed the win when he bowled Henderson to get to 50 league wickets for the season and finish with 7-20 on the day. Lingfield were dismissed for just 52.

The celebrations in the bar afterwards with the first XI will be remembered for a long time, not least for Will Patrick’s delicious birthday cake. Let’s see what sort of challenge the Surrey Championship can provide us with next season.

…and images from the day… 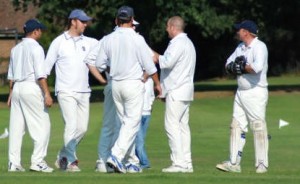 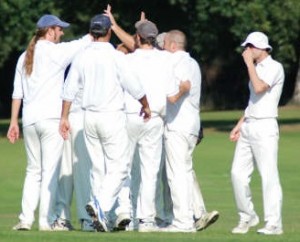 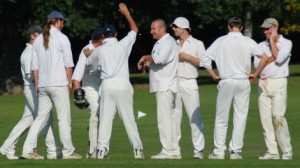 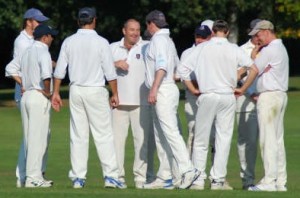 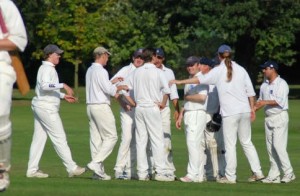 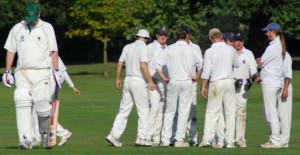 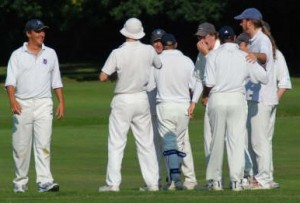 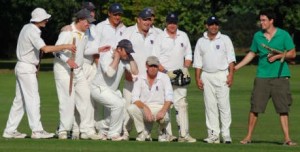 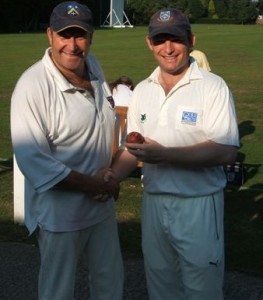 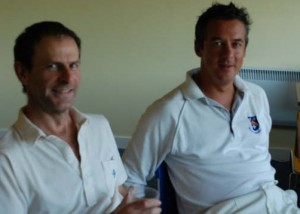 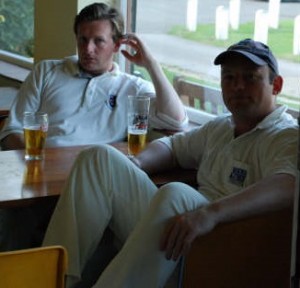 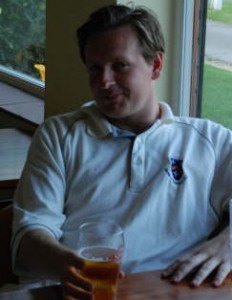 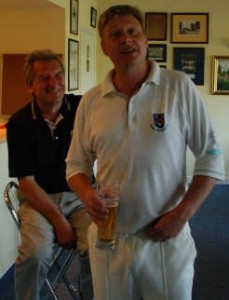 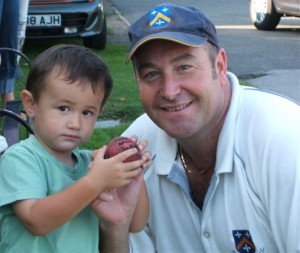 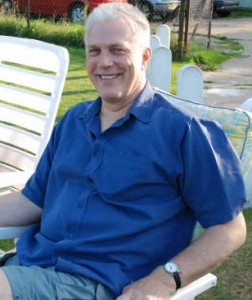