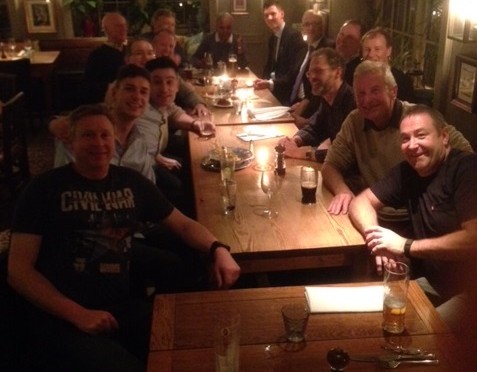 Yesterday evening saw Logie complete his 29th catch-up mission, (of 70 in his calendar so far), for his 70th birthday.

(He has a contact book to rival the Yellow Pages, so he is meeting up with smaller groups over the course of the year to make sure he gets round everyone!)

Always keen to surround himself with champion cricketers – see below for the full list – those he ‘selected’ for yesterday from the extensive Stoke roster have, (to date), between them:

These numbers would have been boosted further had other invitees Simon Engelen and Mike Cooper been able to attend. Simon provided an acceptable excuse for non-attendance – we’re still waiting on news of what happened to Tuffers!

Logie arranged for the staff at The Plough to keep the boys fed and watered, and big props to Nudgie who sorted – at very short notice – a birthday ‘cake’ – a career in events management beckons, surely! – before knocking over the glass of, (expensive), pinot noir given to him by the main man! 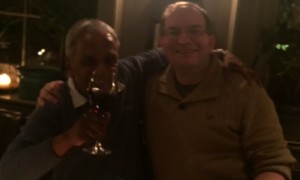 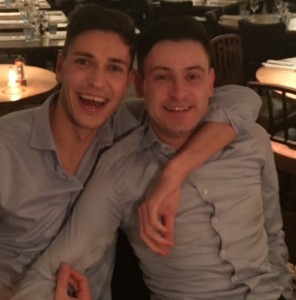 Our thanks to the staff at The Plough for looking after us so well. We’re sure we’ll be over the road to see you over the course of the season. (The Over 40s have already started!)

For the record Logie’s squad was: 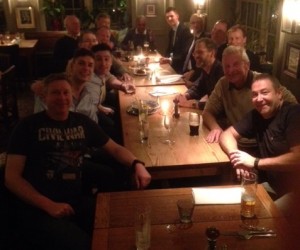