India have had two centurions in an innings on two occasions in the last few days.

In adult men’s cricket, Stoke have had two centurions in the same innings twice…in our entire history(!) both in the 1994 season.

On the 3rd July 1994 Mike Cooper and Simon Engelen both hit centuries in the rout of Guildford & Godalming : http://sdacc.play-cricket.com/view_results_details?id=10445529
It was Mike’s first century for the Club, (Simon’s second – of eight), having been run out for 99 less than a month earlier.

A few weeks later Felbridge was the venue as Rick Mustill and Gary Harkett tonned up : http://sdacc.play-cricket.com/view_results_details?id=10426623
It was Rick’s only ton for the Club, (to date); Gary’s was his third of three 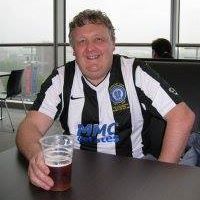 A full list of centuries scored by Stokers can be viewed here : http://www.stokecc.co.uk/centuries/