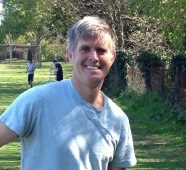 Stoke’s run of thirteen straight wins in all senior cricket came to an end with a narrow defeat in an exciting game at the Rec. Full credit to visiting captain Wilkinson for keeping the game live which would not have been the approach in a League game.

Stoke’s horrific player punctuality issues continued giving no option other than to field first. The game started 30 minutes late, (thankfully the light wasn’t a factor due to good over rates), and this secured Jo valuable time to source sandwich ingredient; everything she prepared the day before was consumed by individuals late last night/early this morning. Own up and apologise to Jo if it was you, chaps!

When play eventually began Stoke encountered bowler issues. Ben Townsend bowled two good overs but a troublesome ankle led to him asking to come off; Luke Kirchner wasn’t his usual self, (although he dragged his figures back later on), and Asif Ali had severe radar issues having not bowled for some time. The result was an opening stand of 74 in fifteen overs between Wilkinson and D.Andrews and thoughts on fifth and sixth bowler combinations was becoming a headache.

However two bowlers did step up. The ever-reluctant Alex Thomson broke the partnership when Andrews hit to Tom Dennis at mid-off, and Chris Finch locked down the other end with an eight over spell of spin that yielded just 30.

Despite not taking wickets, Stoke kept going in the field and the scoring rate never spiralled out of control despite it being 168 for 1 with nine overs to go. No.3 N.Andrews compiled a patient 38 before he mis-cued a cut from Dennis and Stephen Finch took his 174th career catch for the club.

No.4 Mayhew looked content to settle for a red-inker and nudged 24 whilst Wilkinson was more expansive. Wilkinson brought up his hundred in the closing overs, (12×4), and would eventually carry his bat through the innings for 110.

Shortly before the end of the innings, Asif Ali completed a routine run-out to Steve Wade who did an admirable job behind the timbers. Mayhew departed for 24, and one brought two as the very next ball O.King, who had run out to the crease, then ran past a Dennis delivery, Wade completed the easiest of stumpings and the batsman carried on running off the pitch – probably the shortest golden duck in history.

The innings closed on 217 for 4; probably above par given conditions favoured the bowlers early on, but Stoke did well given the tricky juggling act of finding bowlers and hiding injured fielders.

Jo managed to get a huge tea made in time, and when play resumed Doug Gilbertson and Asif Ali made a tidy start to the chase with a stand of 33 in 7.3 overs. Gilbertson was adjudged leg-before for 7.

Asif Ali hit the bad ball very hard – he hit some good ones straight to fielders, too – before checking out on 27 with the score on 50 in the twelfth over, new bowler C.King seeing the batsman steer an easy chance to slip.

Rod Thomson kept the board moving with 13; and Stoke were handily placed at 82 for 2 when drinks were taken. A Duckworth/Lewis par score at this point would have been 86. Sadly Thomson Snr’s innings ended with no addition to the score as the Powers brothers combined for catch at the wicket three balls after play re-started.

Wade had invested time getting himself in and from this point took charge of the chase. He was brilliantly supported by Dennis and the pair preserved their wickets, ran well and were merciless with the bad ball.

Wilkinson tried seven different bowlers to try and separate the pair; but on and on they went, (Wade reaching his half century from 67 balls); and once again it looked like Stoke were going to burgle a victory against Worcester Park, (there were several members of their team that played in these : http://sdacc.play-cricket.com/website/results/2150951 & http://sdacc.play-cricket.com/website/results/2629527), but sadly it was not to be.

One over from D.Andrews went for 20, and although the asking rate was 91 off the last ten, it was halved to 46 off the last five, then 31 off the last three. The pair took their partnership well past the hundred mark.

Wade got Stoke ahead of things when he took fourteen, (of fifteen scored), off the 38th over to move into the 90s and leave fifteen needed off the last two; and some great running in the penultimate over left nine needed off the last.

Plenty of cheers as first ball was hit for four; but a couple of scrambled singles and two precious dots left three needed off the last ball. Wade connected, and had he got another five yards on it he would have completed the win and his century, but Wilkinson deservedly had the final say when he showed good hands under the high ball to leave Wade stranded on 96.

This ended a partnership of 133. Dennis scored 34 of them and there was a generous helping of extras, (38), to keep the excitement level high. Dennis’ innings was great to watch and is a star of the future in the making, even carrying on when a fierce drive from Wade in the closing overs knocked him over and left a huge bruise in his back.

So Worcester Park got, on balance, the win that they probably deserved, not just because man for man they were a younger and better side, but in the way they kept the game live. This led to plenty of good chat in the bar, (some issues with the interpretation of the waist-high full toss were ironed out too), and the clubs were already looking forward to next year’s encounter.