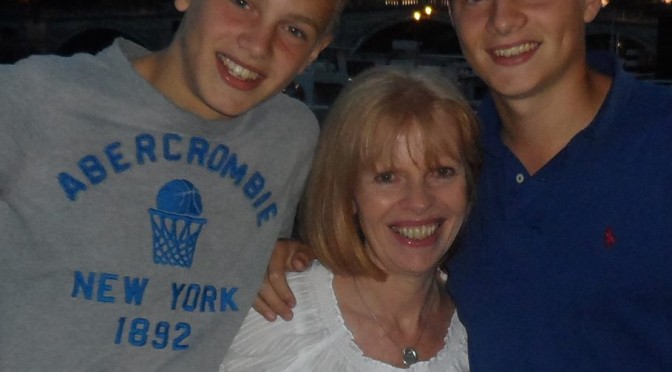 The absence of a match for the Saturday 2nd XI led to numbers being available for a second Sunday fixture, and Chipstead kindly agreed to host us. Whilst the result didn’t go to plan, an enjoyable day was had by all at an excellent venue with a phenomenal tea, and everyone had a chance to contribute to the match. Chipstead also provided an umpire, and had two scorers happy to keep a book for each club!

Pre-match discussion led to Chipstead skipper Bruce Lane expressing a preference to play a timed game and bat first with a couple of League batsmen in his XI, notably 1s player Alex Dombrandt. Ralphie was cool with both requests knowing no bowler in his side would be over-bowled anyway, and his XI was a little weaker than originally published after a ridiculous number of players recorded as ‘available’ to prompt the search for a fixture in the first place were found to be unavailable when the teams were announced. In the end ten reported for duty.

Drew Birch and Jack Kirchner(*) took the new ball and each struck with the last ball of their opening overs; Parmenter and Boosey both edging to Rod Thomson who had a good day behind the timbers. 8-2. Opening spells of 5-1-10-1 and 6-0-22-1 were a true reflection of their accuracy and consistency.

Opener Thorneloe and No.4 Crosby batted time and made steady progress against change bowlers Zaki Ahmad and Luke Kirchner(*) who settled after nervous starts and bowled well. The latter made it 58 for 3 when he brought one back through Crosby’s defences for 23; then Ahmad put Stoke in the best position they would be in the match at 75 for 4 when Lane edged to Thomson.

(*) The Kirchner brothers are welcome additions to Stoke and in the games they have played since joining they have been excellent on the field, easy to manage, and are great prospects for the future. Mum Trudy has been very supportive and appreciative of the opportunities given to them…driving them both to this match and staying for the duration.

Thereafter things were a different story as Thorneloe and No.6 Alex Dombrandt were merciless on anything loose, adding 95 in just over ten overs.

On the resumption, Anya Devon-Berry, (daughter of Stoke Molesey Ladies Management Team member Andy), bowled a tidy over but for a four-ball and a couple of wides, and sadly unnecessarily lost confidence to the point that she asked to be withdrawn from the attack. Maybe she knew what was coming as seven of the twelve balls Coleman bowled after her were hit to the boundary, prompting a change to pace-off with Peter Phipps having a go.

With runs flowing freely from the ‘road end’ Andy Page did a great holding job from the ‘field end’ and eventually broke the partnership when Anya stayed positive in the field where she was worth at least twenty, and held a tremendous running catch over her head to account for Thorneloe for 80. Page, (7-0-36-1), got useful overs under his belt ahead of next Saturday’s League match.

This would be Stoke’s last success as Dombrandt and new arrival Barber went through the gears and pushed the total past the 200 mark and beyond. The declaration was looming, but word reached the middle that Dombrandt was nearer a century than anyone thought, and an extra over was bowled to see if he could get to three figures.

In keeping with the spirit in which the match was played, (every batsman on both sides walked on edging to the keeper), Coleman offered to stay out in the field for as long as it took; but Dombrandt only needed Jack Kirchner’s comeback over to get the fifteen he needed for his hundred. He walked off 101 not out from just 68 balls, (13×4, 1×6), scoring off each of the last 17 balls he faced.

Barber hit a six and a four of his own in an unbeaten 26 as the declaration came at an imposing 256 for 5 in 40 overs.

After the earlier mentioned tea; Stoke sent out their ‘League’ players to try and chase down the target. All got starts but sadly no-one went on as the home side bowled decent areas with the only ball used in the match on a used pitch that had lost its zip over the course of the afternoon.

Page, (12), was first to go when he hit the captain’s daughter Jenny Lane to mid-off; Malcolm Dickson, (22), and No.3 Phipps, (12), brought up the 50, but were lost in successive overs trying to clear the in-field and advance the score.

Thomson took what runs were on offer but Ahmad was unable to take advantage of the elevated position in the order afforded to him and hit a return catch to Parmenter for 6.

Stoke had advanced the score to 92 for 4; but shortly after the final 20 overs were called things ended in a hurry; the last five wickets falling in the space of 19 balls. Jack Kirchner hit a couple of nice fours before falling for 11; Thomson, (14), hit Barber to Jenny Lane; Luke Kirchner skied to Dombrandt at mid-off; Birch played down the wrong line to the first legitimate ball he faced, and Devon-Berry drilled a couple of nice shots to fielders before cutting the last ball of the match to slip.

The sociable day continued into the bar afterwards where it was discovered that Jenny Lane was without a club when it came to girls’ cricket. Never one to miss an opportunity, Coleman and Page got Dad to give us her contact details and hopefully we will see her in Stoke Molesey colours before the end of the season.

With League matches resuming next Saturday, Stoke have just the one Sunday fixture calendared next weekend as Concorde are due to visit the Rec. Genuine availabilities in to Ralphie this week, please!