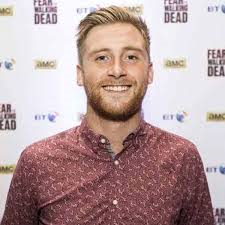 The winning run for Stoke’s 1st XI continued with a six wicket over neighbours Maori Oxshott at The Rec.

The mid-week rains placed significant importance on the toss, visiting skipper Driscoll called incorrectly and soon after he was taking strike with Butt. Making full use of the conditions, both batsmen were sent back to the pavilion inside the first five overs by James Miller who pinned Driscoll leg-before for 2 and Butt was yorked for 4.

The early inroads by Miller, (11-5-11-2), paved the way for Toby Tarrant to tuck into the middle order. Early wickets continued as Kolk edged a lifting delivery to the cordon where Ian Hopton made a great grab diving forward; Ryan was caught behind by James Whitmarsh for a duck and Thorpe was caught by Will Gudgeon via a deflection for a single. At this point it was 7 for 5.

Hutcheon was joined by late call-up Keith Medlycott, and the pair fought hard, advancing the score to 18 – in the 18th over – before Tarrant struck twice in an over for the second time in the match. Both wickets owed a little to fortune as Hutcheon, (4), pulled a short ball to mid-wicket where Billy Zander held a stinging catch – a yard either side and it would have been four – then Green defended a ball that dribbled back on to his stumps; but no-one could deny that this luck wasn’t earned.

It was 18 for 7 but nothing could be attributed to poor batting. It was simply high class opening bowling. It was rare that any ball drifted leg-side, (when it did Medlycott Snr scored runs including the first boundary of the innings.) The Medlycotts, now batting together, (for the first time in a competitive match according to new arrival Baz), fought hard and took what little scraps were on offer.

Roddy Kelso and Jase Earl had short spells whilst Tarrant continued his marathon from the Blundell Lane end. At one stage Tarrant had figures of 12-8-6-5 and it wasn’t until the 30-over mark that the innings scoring rate went above one per over.

Shortly before the fifty was posted there was a delay in play as Medlycott Jnr went to ground suffering a recurrence of a chest pain that left him short of breath. When play resumed, he crashed the next ball he faced from Hopton over extra cover for six, but perished in the next over for a gutsy 17 as he ran a delivery from Matt Gottschalk to Gudgeon at slip. Gottschalk had taken over from Tarrant who eventually ran out of puff and finished with Stoke career best figures of 18-9-20-5; his fifth entry on the Stoke 5-fors board, (http://www.stokecc.co.uk/5-wicket-hauls/), and his second against this opposition.

The tail still needed polishing off, and this was done in reasonably quick time. No.10 Ewart was bowled by Hopton for 2, (60-9); and last man Wheeler hit a four and a six in brief cameo of 11, leg-before to Gottschalk, (2-12), the ball after his maximum to close the innings on 74 after 41.3 overs.

Medlycott Snr was left stranded on 26 not out.

As the visitors had batted for more overs than it looked like they might at one point, tea was taken and this was another useful period of time for the pitch to dry a little more.

When the chase commenced, Max Subba Row punched one of the shots of the match in front of point to the pavilion for four, but he was leg-before to Wheeler for 6 later in the same over.

Wheeler bowled a decent, one side of the wicket spell, but without the same physical attributes as Tarrant or Miller has wasn’t able to find as much from the pitch and finished on 8-2-13-1.

At the other end Hutcheon ran in hard, encouraged by a highly populated and enthusiastic set of fielders, and made it 12 for 2 when he nicked of Alastair Curran; but Whitmarsh and Hopton were able to move Stoke half way to the victory target in good time due to the attacking fields.

Hopton batted through to the first bowling change and hit one boundary, only to drive first change Kolk to cover where Ewart took a good catch. 36 for 3.

The Oxshott bowlers tried hard but with so few runs to play with one partnership of any substance would effectively end the contest; and it came from Whitmarsh and new arrival Gudgeon. Waiting for the right balls to hit, they added 33 in a little over five overs.

They survived a couple of scares along the way, including a regulation slip catch that was grassed, but the job was as good as complete when Gudgeon, (23 from 24 with three fours, one a straight drive for four to challenge Subba Row for shot of the match), was bowled by Hutcheon, (2-39), looking for a six to complete the win in the 21st over.

In the next over Whitmarsh ran one through the vacant third man area for four to tie the scores and take his personal contribution to an unbeaten 22, and the points were secured with a leg-bye off the next delivery, the 42nd he faced.

Despite defeat it was pleasing to see the majority of the opposition stay behind after the game and have a few cold ones. They will catch up again in the week when the T20 cup match is played, (date to be confirmed very soon when messers Hopton and Depree get on the phone.)

Next weekend Stoke face a double-header against promotion candidates Alleyn, the 1st XI away. 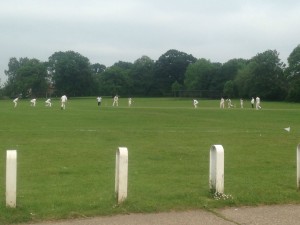