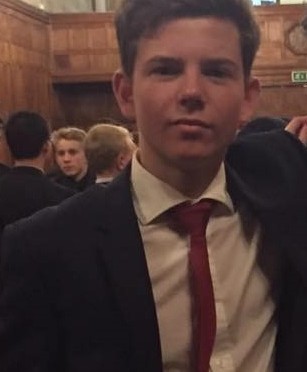 Stoke’s Sunday XI recorded a comfortable win against a replacement opposition after The Vultures e-mailed to say they were unable to fulfil the fixture. Battersea Eagles, (a hitherto unknown quantity other than a few of them used to play League cricket at Sinjungrammarians), were the opposition of choice from the replies to the advert for a fixture, and the choice was a good one as they had similar views on the ethos of Sunday cricket to ours.

Fortunately they also brought a squad of players that ended up being used to the full as one late drop out and two late arrivals, (embarrassingly the opposition all arrived in time), meant Stoke might have taken the field with eight; but two loan fielders, and the one-day transfer of Ali Siddiqi to the Stoke XI – Zaki Ahmad knew him so he wasn’t in a team full of strangers – meant both sides had a full team; although the over-rate suffered with the number of rolling substitutes.

Ollie John took the new nut and knocked over opener Jadeja’s off stump with the first ball of the contest, and he then forced Rathi to chop onto his stumps to finish with 5-1-17-2. At the other end Ben Townsend continued to show his immense promise, and shouldn’t have been so dejected at not taking a wicket in his opening spell. He bowled a good containing spell to two batsmen who threw the kitchen sink at anything they thought presented a run-scoring opportunity.

It was high octane stuff, first change Ahmad in particular came in for some tap as the batsmen hit the ball in several unusual areas to move the score into the 90s by the drinks break.

The stoppage allowed Stoke to collect their thoughts. Either a batting mistake or a moment of brilliance could change the match, and it was the latter as John took an outstanding running catch, moving from straight deep mid-off to wide deep extra cover, to account for Faisal Ahmed for 32.

This was one of three quick wickets to peg the visitors back to 99 for 5. Ahmad took a second wicket when Nagenthiram hit loosely to Luke Kirchner in the covers, then Kirchner himself took a wicket on debut when Ishtiaq gave John more fielding practice at mid-off. Readers of this would think that you couldn’t keep John out of the game, but he hobbled off moments later having spiked himself taking the catch.

Mention here of Kirchner. Against the same attacking batsmen that found Ahmad’s bowling a source of runs, he earned extra overs and returned figures of 7-1-23-1, (his first over going for nine), bowled a consistent line, working out the line to bowl during his spell, and was a good fielder on the circle. An impressive debut.

After Kirchner checked out of the attack, loan signing Siddiqi bowled a three over spell. Cue the banter as he tried to dismiss his mates. He managed to get one of them when Remie Cooper chipped to Ralph Coleman at mid-on.

Visiting skipper Harris was left with the tail which didn’t wag. Fernando hit seventh bowler Rod Thomson to Chris Finch; and the returning Townsend shattered No.11 Bradley Cooper’s stumps to close the innings…or nearly close the innings. With Harris clearly showing some ability with the bat, one of the subs, Shoaib Khan, was allowed to bat; but he barely faced a ball as Harris called through for a suicidal single and John effected an easy run-out with no addition to the total of 144 – all seven bowlers used took wickets.

An excellent tea tailored for the opposition by Jo was well received, and Stoke were soon tucking into the bowling when play resumed.

Doug Gilbertson was an early leg-before victim, (Chris Finch machine-gunning him out…clearly fancying a bat on the good surface…or maybe he was looking for an excuse to get off the field and resume his conversations with his brother…or it was genuinely leg-before? We’ll leave Doug to provide comment on that one.)

Neil Foster, who kept well and hopefully will come into the availability pool for next Saturday, hit a couple of fours to keep Stoke ahead of the rate, but he perished to a leg-before appeal upheld by Ahmad. 34-2.

At the other end John, mindful that he only had an hour to bat as he had to leave early, played positively, but with genuine cricket shots rather than adopting the style of the opposition.

The result was a partnership of 70 with Thomson for the third wicket in less than ten overs. Thomson opened with two boundaries, then rotated the trike well.

John completed his 50 from 52 balls faced, then adopted a kamikaze style as Dad’s car pulled up in the car park. A stumping was missed, but otherwise he offered no chances and advanced his score to 64 from 59 balls faced before the call came.

With John’s effort breaking the back of the run chase, Stoke needed another 41 to win from 22 overs and knocked the runs off in quick time. Chris Finch in particular hit some nice shots, the best being when he greeted the returning opening bowler’s first ball for a six back over his head; and he walked off uneaten on 30 from 31 balls faced, (with Thomson who made a season’s best 34 not out), when the winning hit was made.

A good spirited match, and pleasing that the opposition stayed back for a long time afterwards given the distance some of them had said they had come to play. We hope to see them next year.

Next weekend the Sunday XI have a week off as there is a home Surrey Trust League match against Malden Wanderers. Availabilities in for that one, please. Hopefully half-term numbers will mean we can run an extra Saturday friendly to give the membership their playing fix.