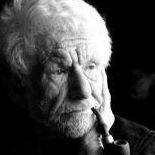 St.Andrews Church was packed yesterday as a huge number turned out to pay their respects to Alan.

A formidable line-up of current and former Stoke players with a combined 60839 runs and 6511 wickets between them, plus former Club President David Pappin, took up a corner of the church but formed a low percentage of the attendees, such was the turnout.

Alan’s nephew and six-time Club Captain Paul Worsfold was an early speaker, and he captured Alan’s contribution to the Club in his tribute, delivered with some typical Worsfold style and humour. Paul did a bit of research and, found Alan’s stats from our Play Cricket site and shared them with everyone.

Paul also read “When an old Cricketer Leaves the Crease” by Roy Harper:

When the day is done and the ball has spun in the umpires pocket away,
And all remains in the groundsman’s pains for the rest of time and a day,
There’ll be one mad dog and his master, pushing for four with the spin,
On a dusty pitch with two pounds six of willow wood in the sun.

When the moment comes and the gathering stands and the clock turns back to reflect,
On the years of grace as those footsteps trace for the last time out of the act,
Well this way of life’s recollection, the hallowed strip in the haze,
The fabled men and the noonday sun are much more than just yarns of their days.

The giraffe story, (see the Club history page on this site), made it into more than one of the speakers’ comments. Other tributes were paid by those connected to the various arts activities Alan threw himself into in addition to the cricket. Three hymns, three tributes, two poem readings, an excellent solo singing performance from Amy Worsfold, and a song from “Fiddler on the Roof” performed by the church choir made up the 90 minute service. Not wanting to miss out on his own day, there was even an audio of a reading by Alan himself!

Ahead of the committal there was a chance to socialise and share stores at the neighbouring Church Gate House.

Alan’s partner Elaine has already taken to social media to capture her appreciation:

“I would like to send my heartfelt thanks to everyone who has sent me a card, text or e-mail. I appreciate every word. Alan’s funeral today was extraordinary and did full justice to every aspect of his life. He would be amazed to know how much he was loved and respected but then, that was the man!”

When writing comments about former players for this site, Alan would always like to quote a stat or three. To this point we’ve held off doing the same for him, but Paul included them in his tribute, so here they are : http://sdacc.play-cricket.com/website/player_stats_widget/batting_stats/337502?rule_type_id=179